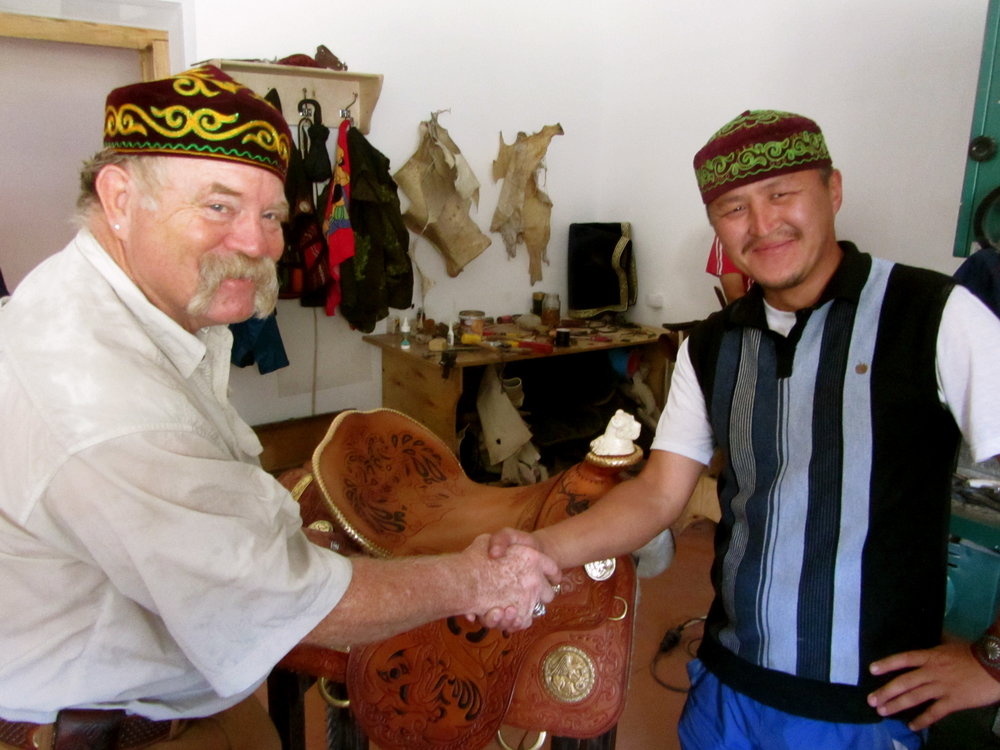 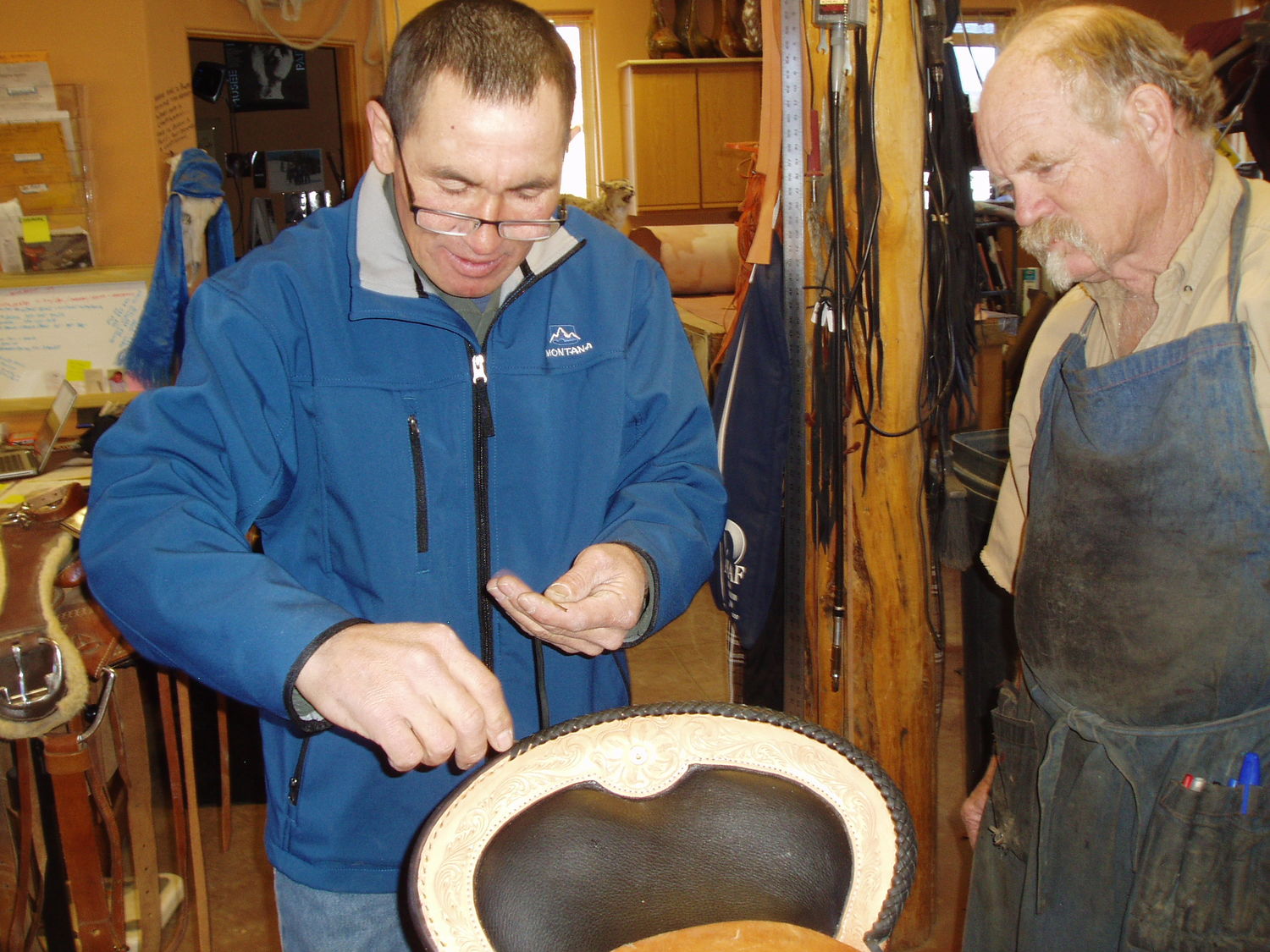 Getting braiding instructions from Loren 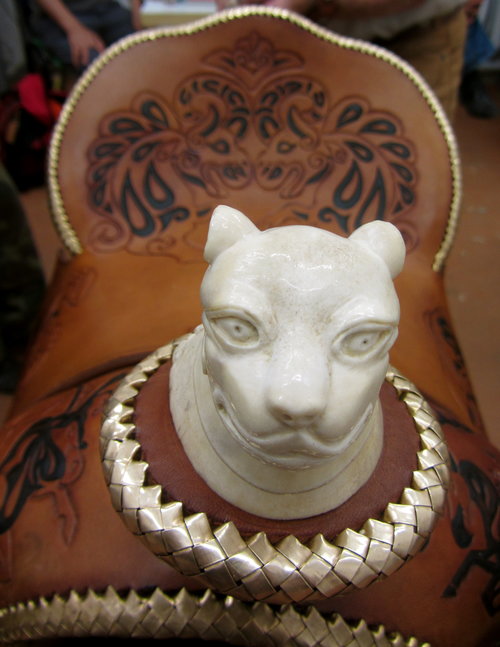 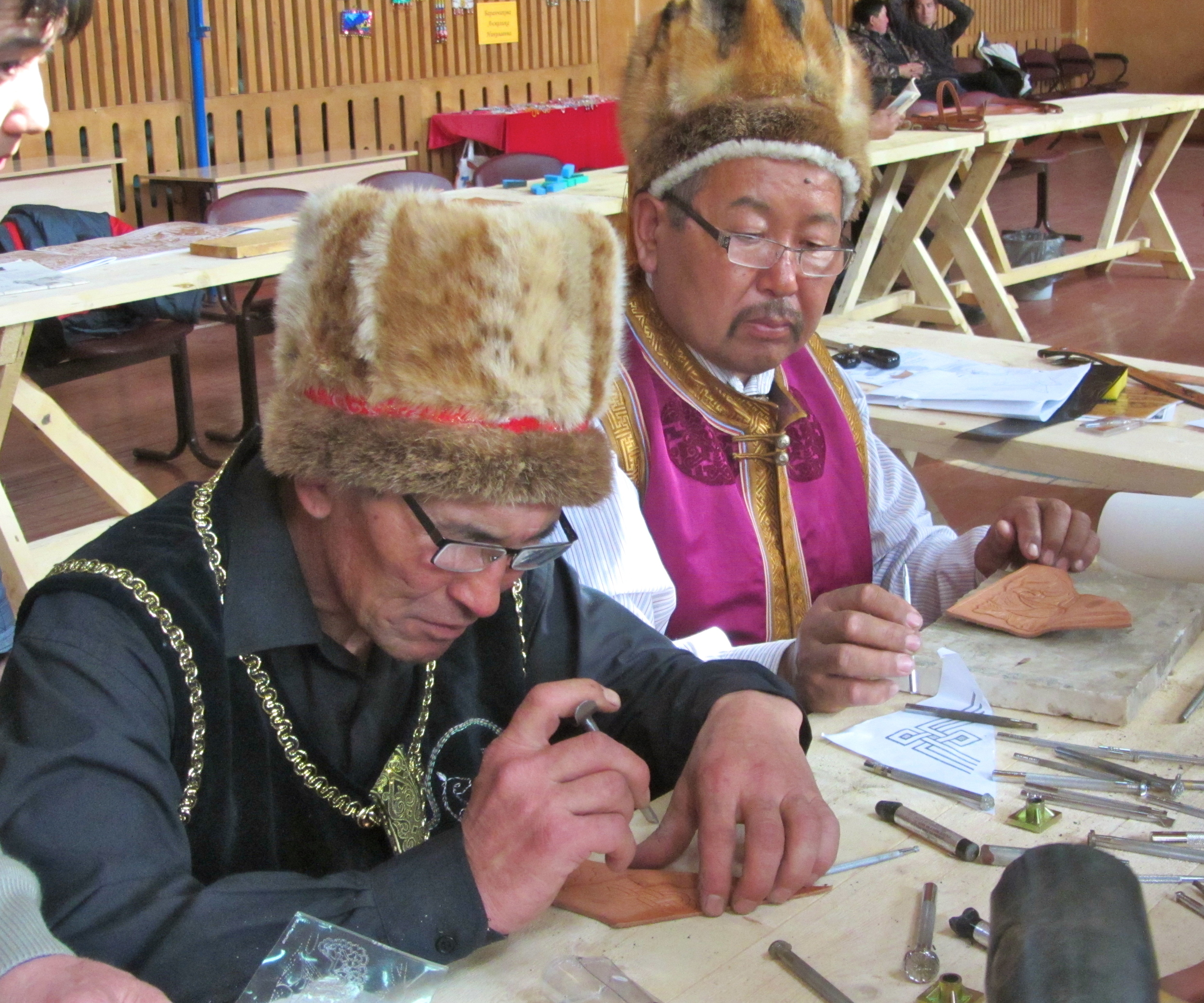 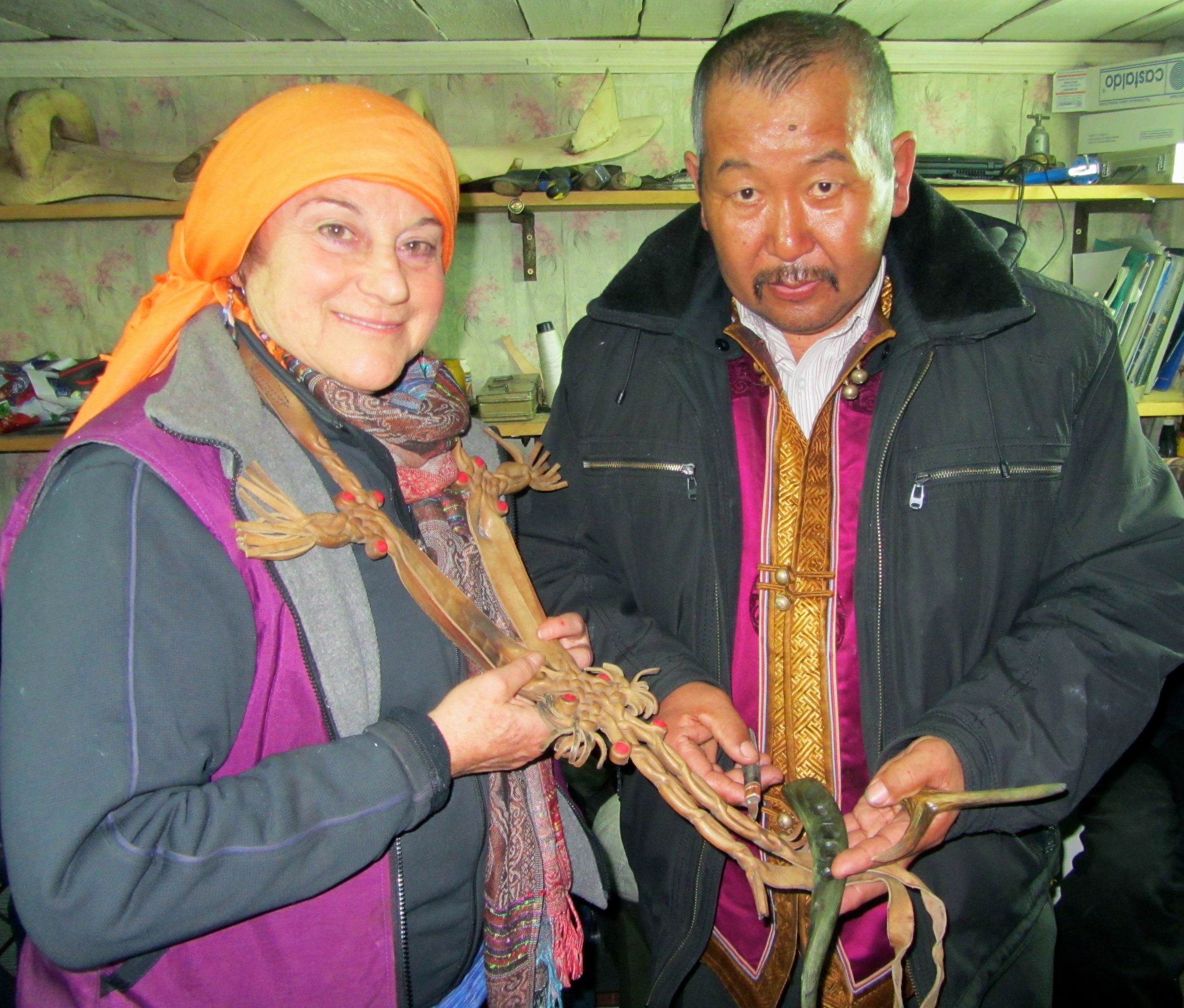 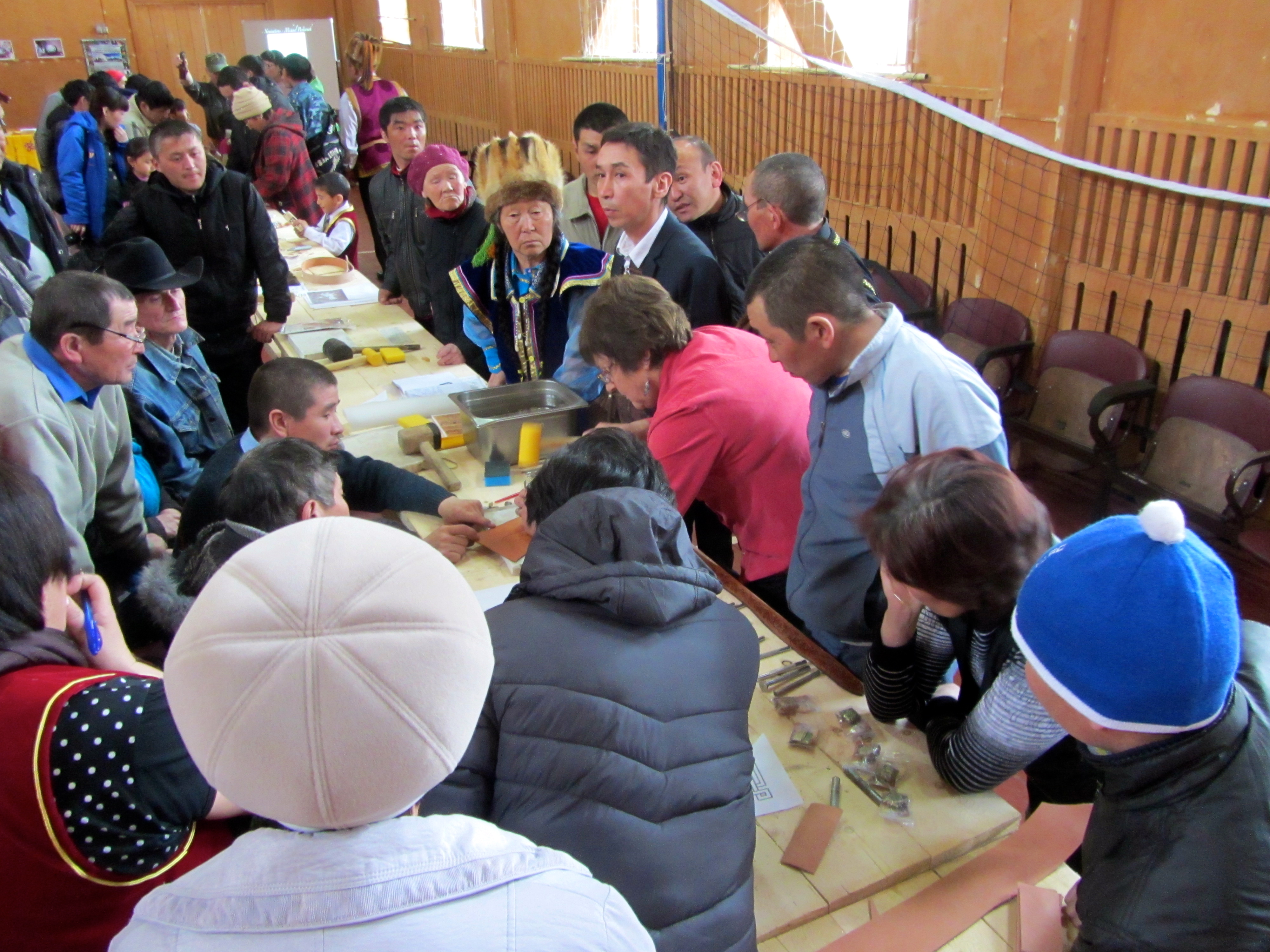 Amazing response of our first visit to Kupchegen; basic class of western leatherwork 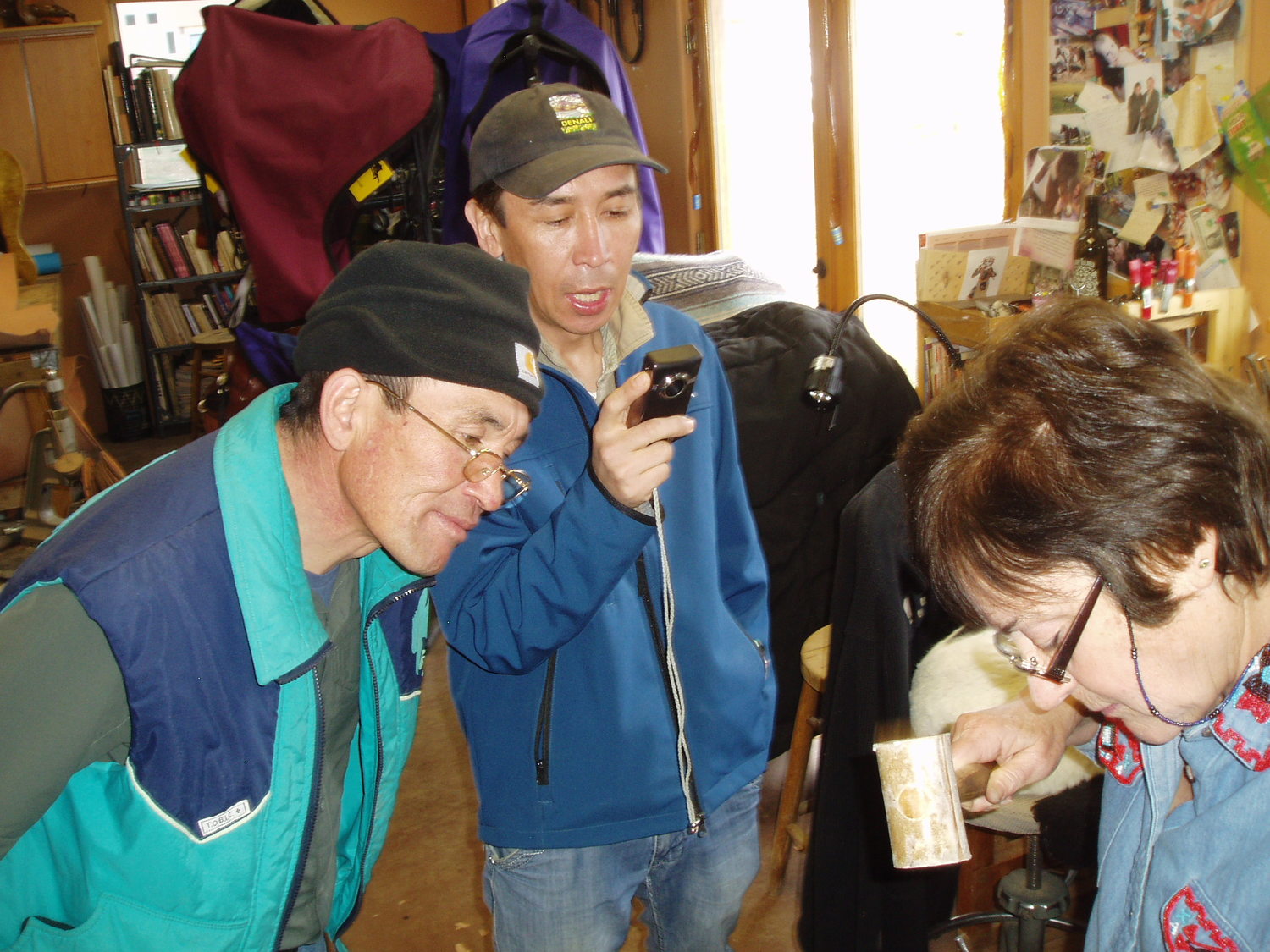 Seremei and Chagat (with camera) watching Lisa stamp a saddle. 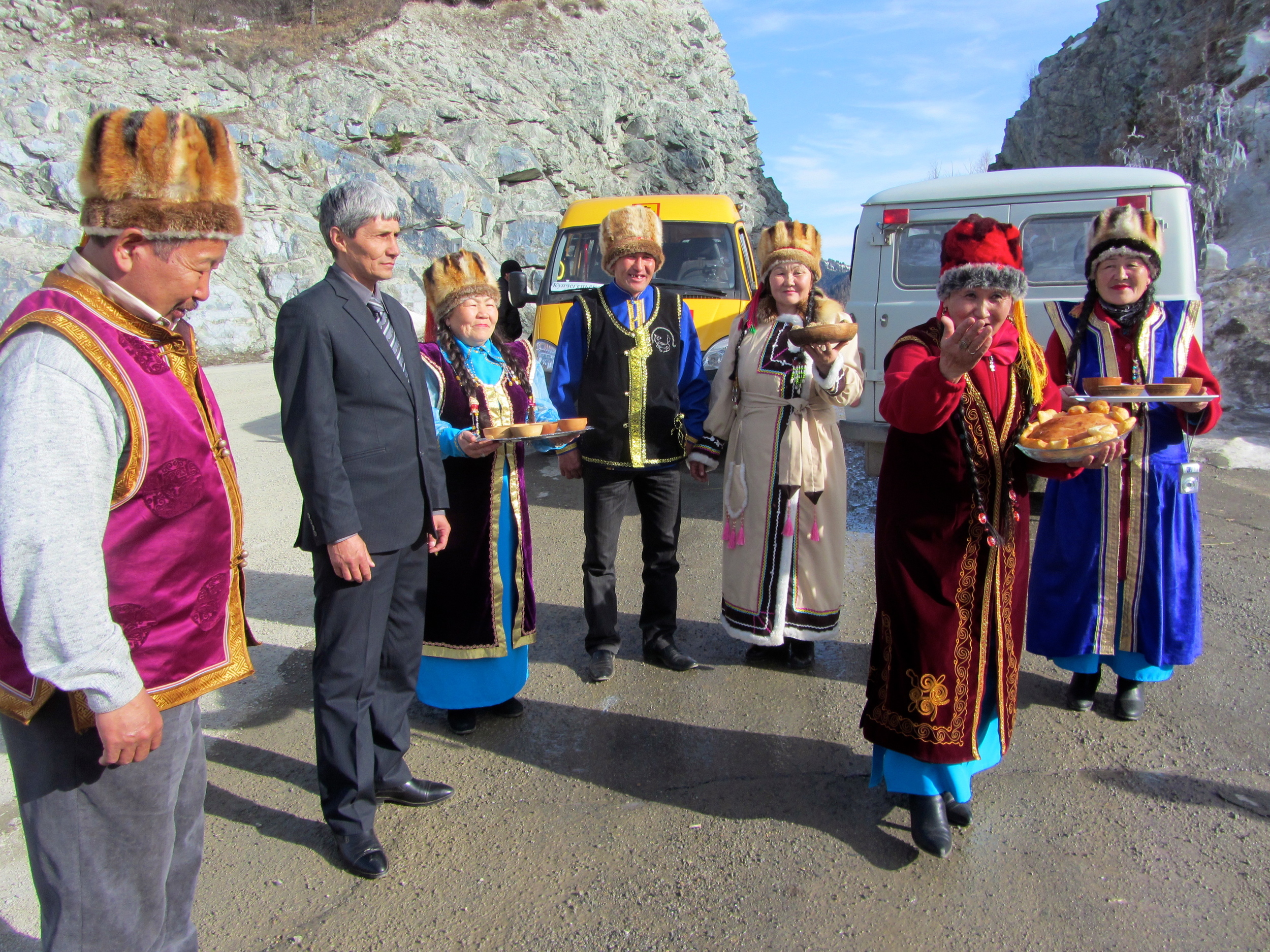 Being greeted at the pass on the way to Kupchegan.

After the Skyhorse master classes 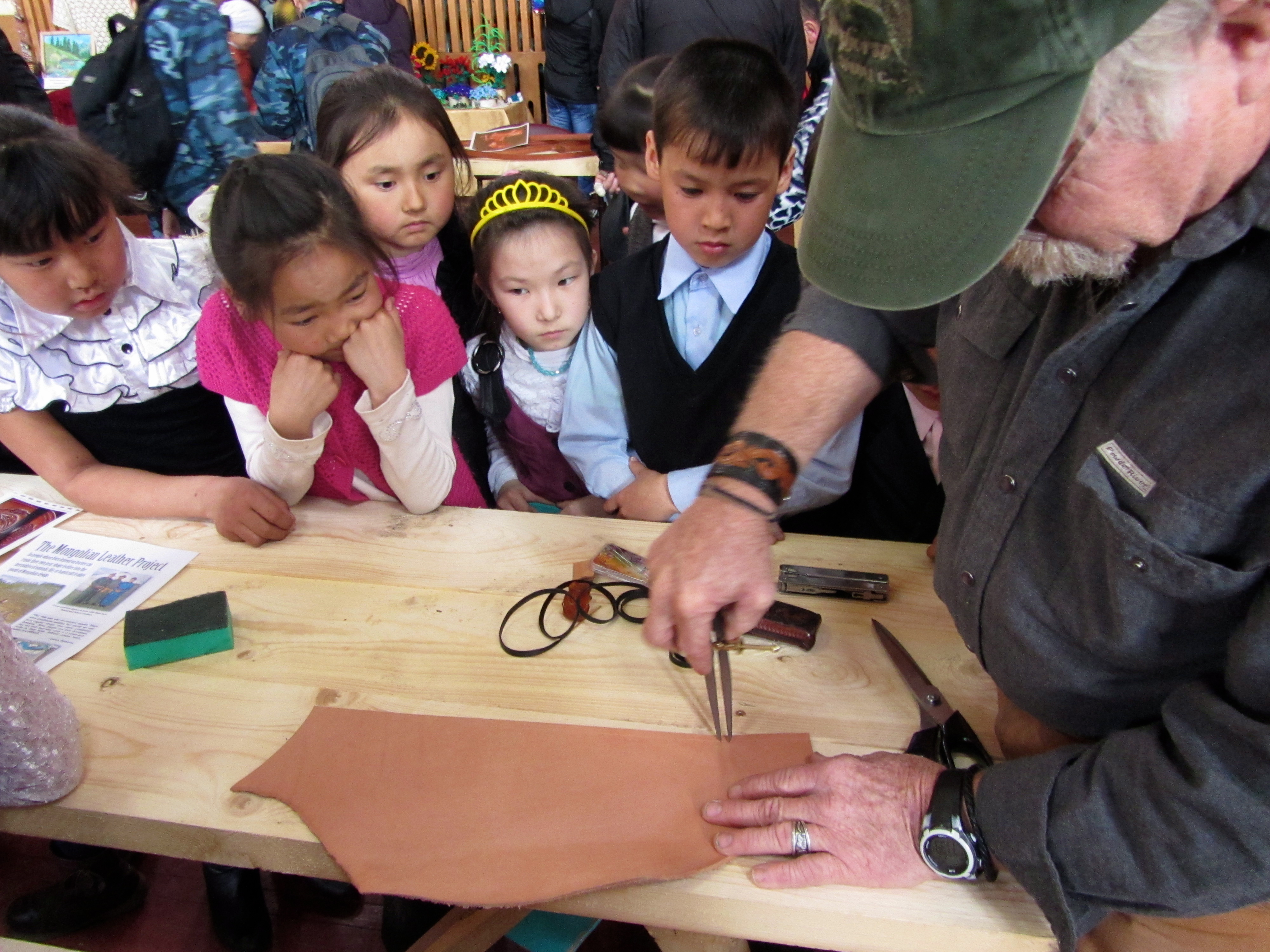 We left a box of donated tools for the school 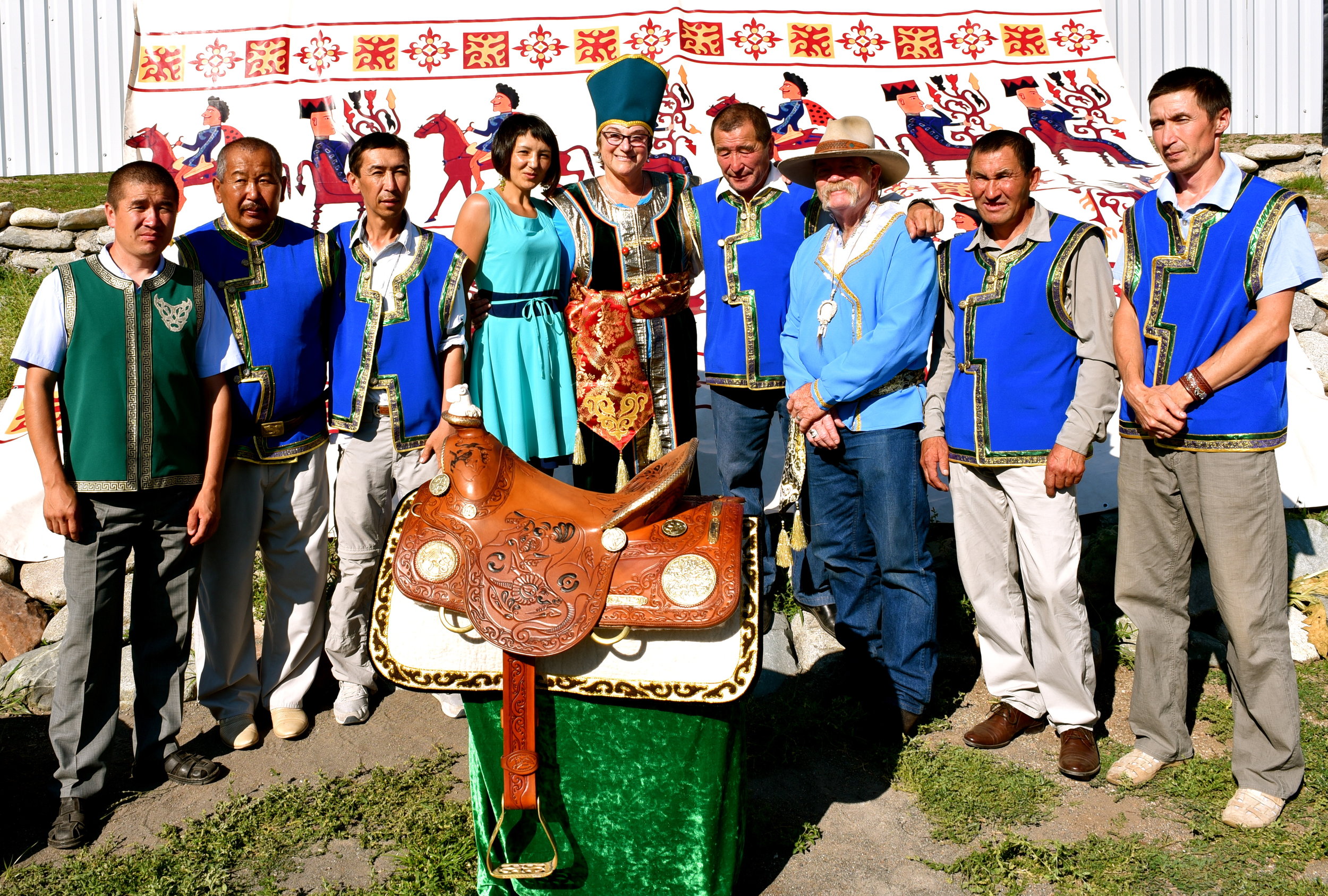 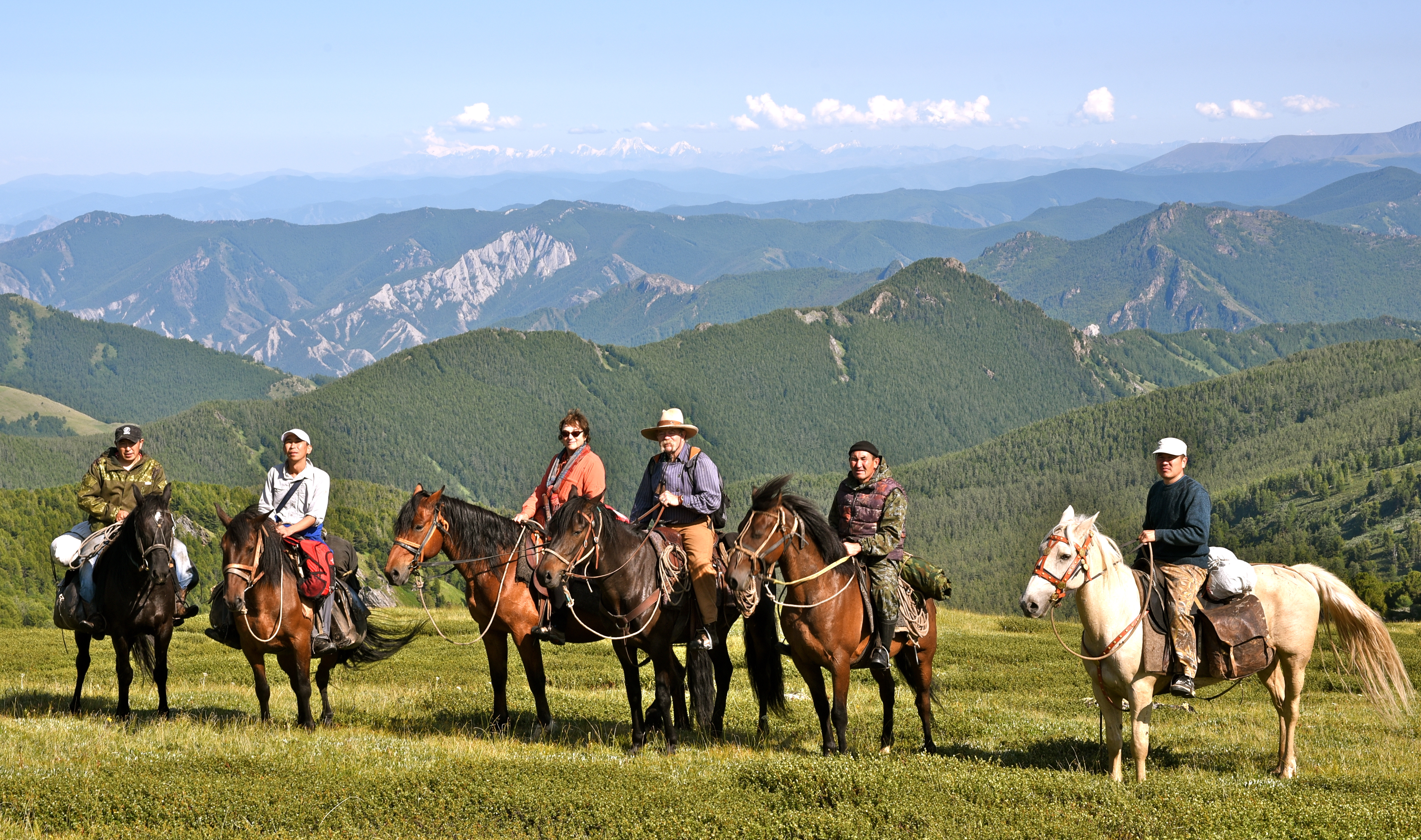 Riding in the sacred Altai Mountains 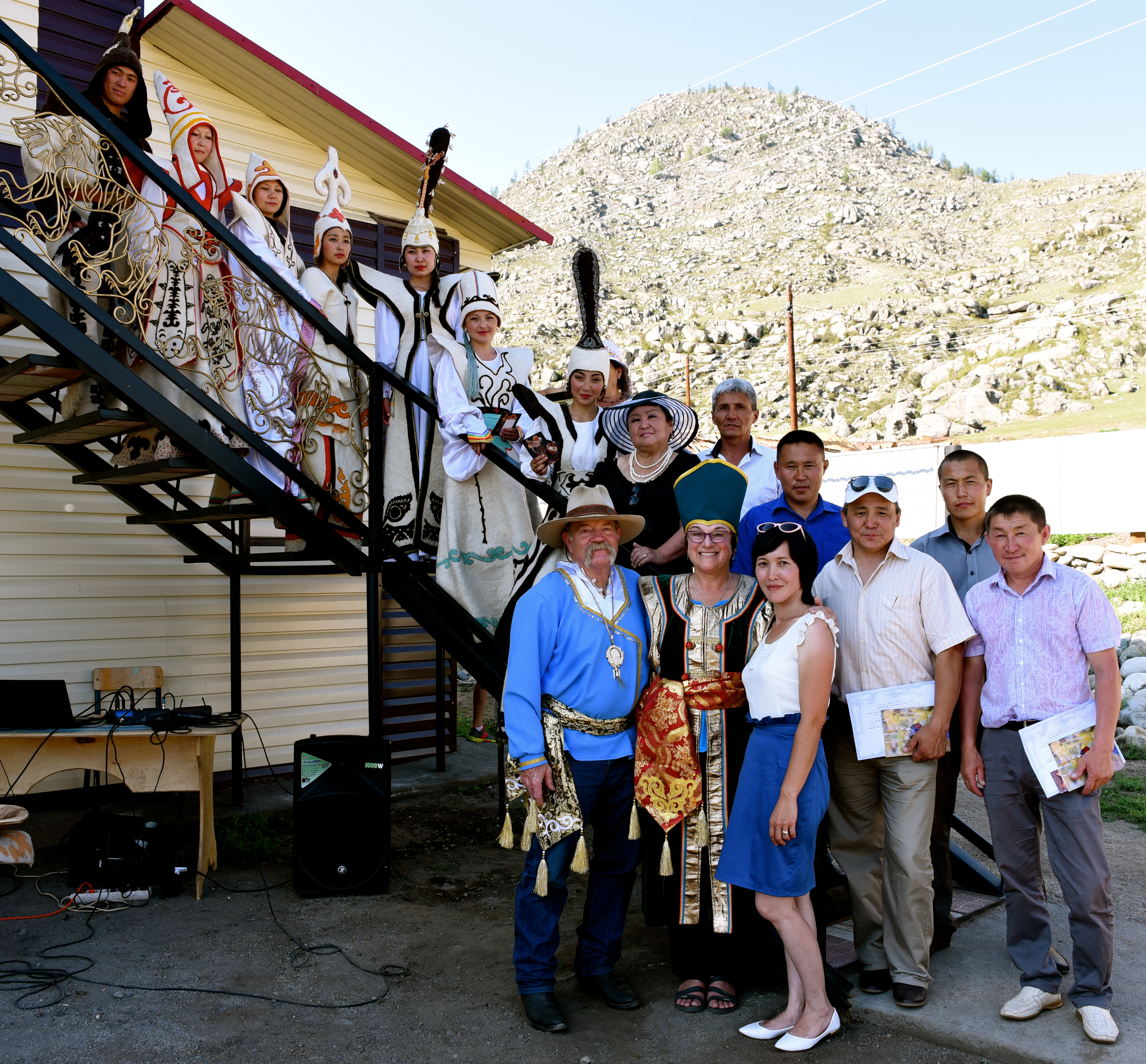 The ceremony for the finished saddle 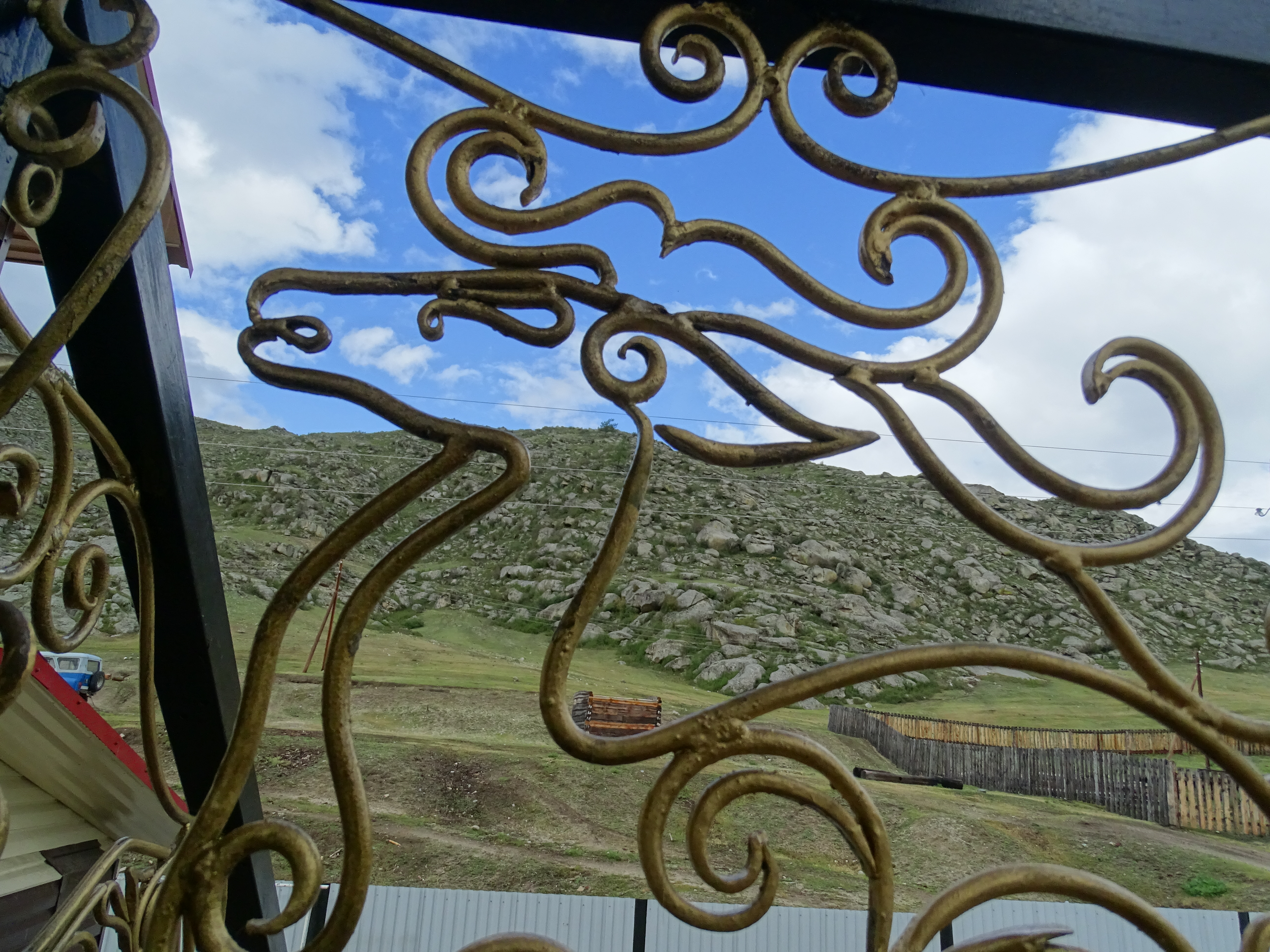 Attention to detail on the railing of the new art center 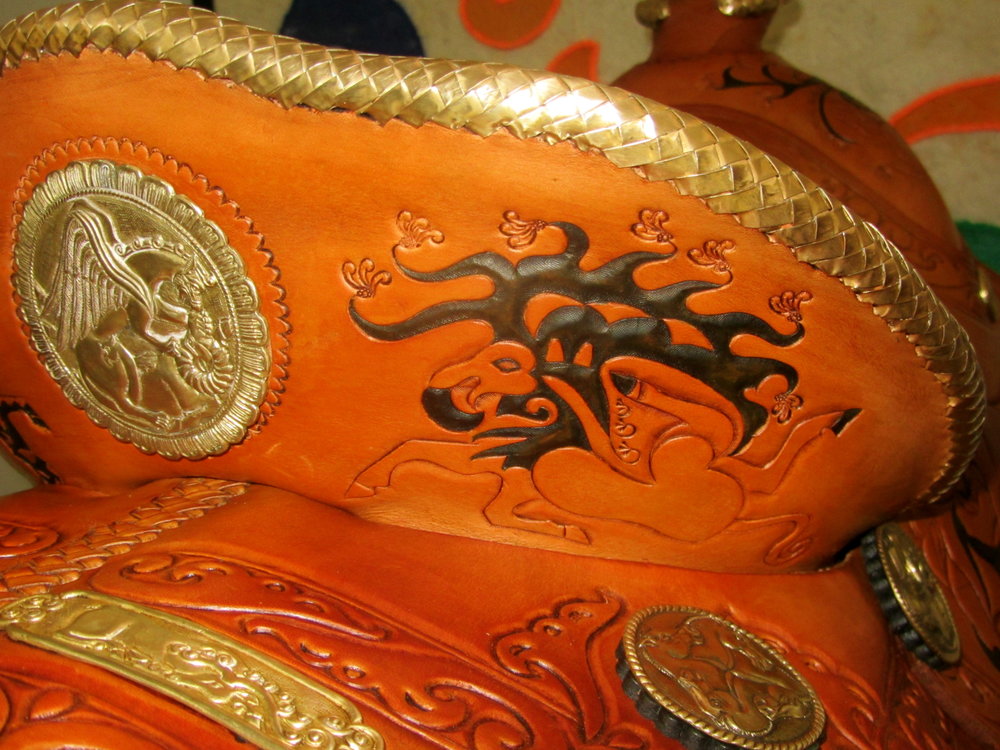 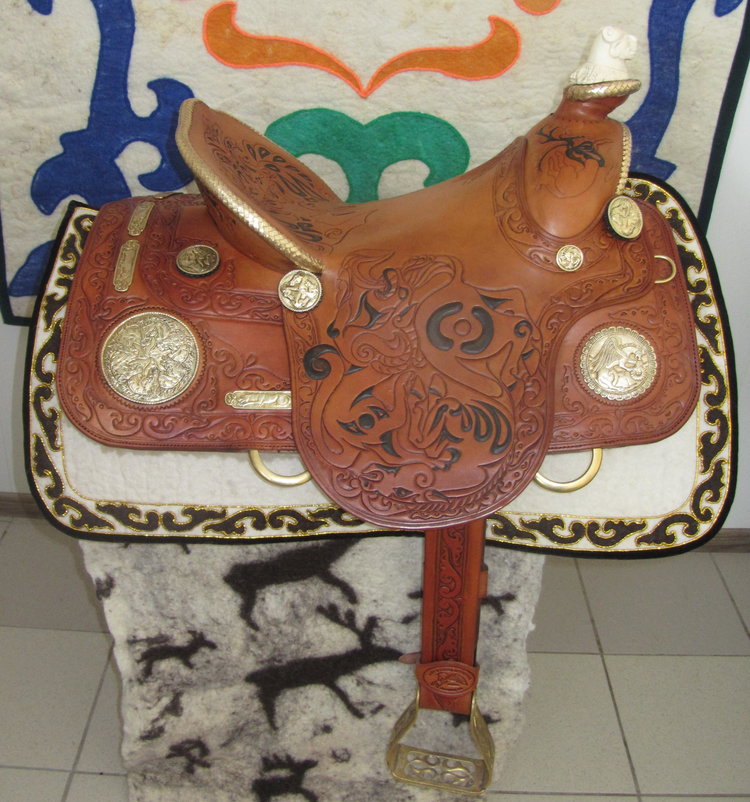 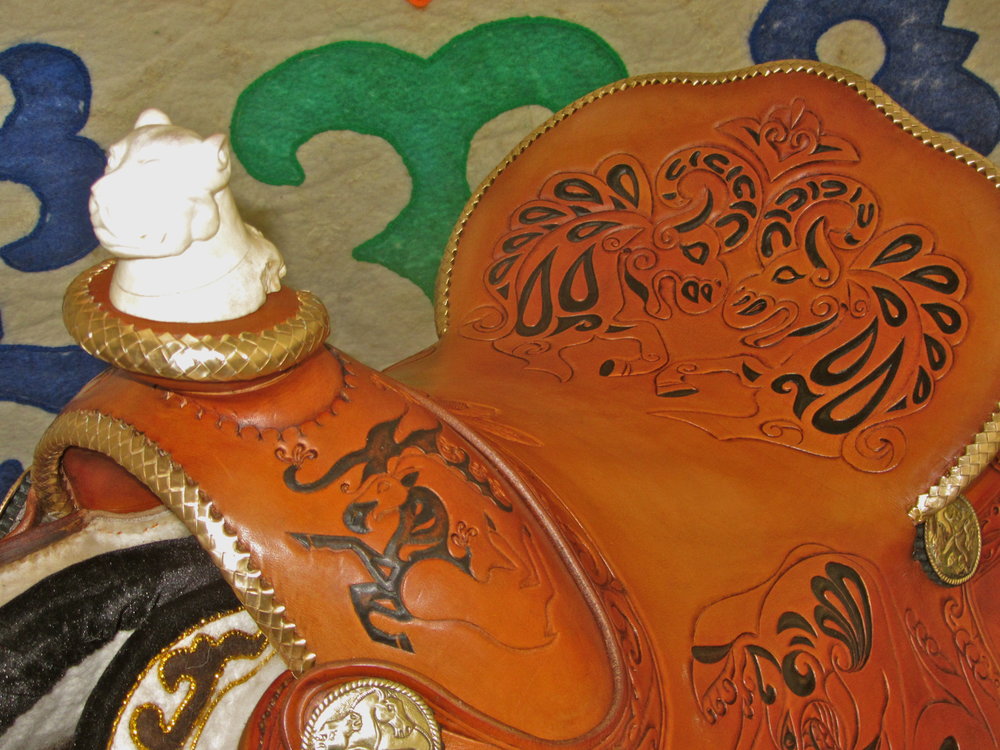 Lisa and Loren had the pleasure of participating in another international leather sharing project. From March 12 – 31, 2013, they were in the Altai Mountains of southern Siberia, Russia. The Skyhorses were invited by two non-profit agencies working together: AAP (Altai Assistance Project) and FSDA ( Foundation for Sustainable Development of Altai). Both are funded by USAID/ Eurasia Foundation and entail a series of exchanges named the Totem Necklace Project.

Lisa and Loren worked in a small village known for its artisans. Kupchegen is in the remote Altai Republic, not far from the borders of Kazikstan, Mongolia, and China. Initially, there were to be 12 -15 artisan, but over 50 people showed up—some from the neighboring Republic of Tuva, a 2-day trip. The Skyhorse’s donated 40 pounds of essential leatherworking tools not available in that region.

The project’s goals were 3-fold:

1. To aid the semi-nomadic people of the Altai with new tools and skills to build on their ancient, traditional skills.

2. To help the people make more efficient use of their livestock, lessening the impact of overgrazing on their land.

3. As a cultural exchange. In mid-April 2013, Seremei, the master saddle maker of the Kupchegen area, completed his training with Lisa and Loren in their Durango, Colorado workshop. He returned home to train others in the region.

The Skyhorseʼs love of service travel and their skills with native people make them wonderful ambassadors for the United States.

We then returned to the village of Kupchegen in July 2015. The village of only 300 people and no running water actually put together resources to build a brand new art center large enough for multiple shops, and solicited us to return and christen it with our project. So, we returned , self funded, with 100 pounds of tools and leather; enough to built a very unique Western/ Siberian saddle. We got to live with a wonderful Altai family. In one month, ten local artisans worked together to produce a magnificent collaboration. The local artisans were not only saddles makers and leather workers; but also included women doing felting of wool and braiding. The hardware was hand cast brass pieces (from used brass plumbing parts) using the Scythian method that has been passed down for thousands of years. To top it off, the carved horn ornament is a snow leopard carved from moose antler! Enjoy the sliding photos above for more detail.